The Yin and Yang of Spay and Neuter 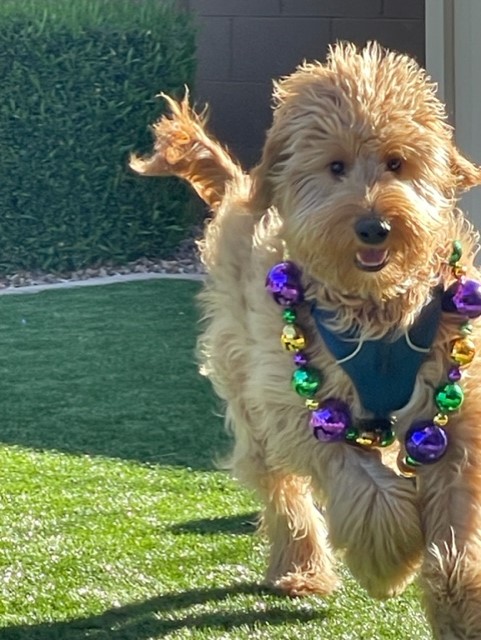 Opinions are mixed regarding the ideal age to spay or neuter your dog.  Rescue groups and animal shelters spay and neuter as quickly as possible to avoid unwanted litters.  Some veterinarians, most breeders and owners may lean toward delaying these procedures past the first 6 months of age to avoid potential health risks later. These risks include joint disorders (hip or elbow dysplasia) and various cancers, such as lymphoma, mast cell tumor and osteosarcoma.

Spaying or neutering within the first 6 months of age delays the closure of growth plates that control bone development.  Subsequently, the longer the wait period the more likely optimal growth in height and conformation will occur.

The other side of this debate is leaving a female dog intact increases the risk of “pyometra”, a dreadful uterus infection and mammary cancer. For intact males, there is potentially added risk of testicular cancer.  X-rays will show when growth plates are fully closed, which is a helpful tool to determine when it’s best to schedule surgery.

Timing of surgery may also be influenced by breed.

According to researchers at the University of California-Davis some dog breeds have a higher risk of developing certain cancers and joint diseases if neutered or spayed within the first year.

They analyzed 15 years of data from thousands of dogs examined yearly. The results are mixed, based on their professional review of 35 different dog breeds.

In many cases these potential health concerns were not necessarily affected by the dog’s age at neutering, but more likely due to body size. Fundamentally, smaller dogs are less prone to joint disorders as they mature by six to nine months of age, whereas bigger breeds take longer. Interestingly enough, it was discovered that Great Danes and Irish Wolfhounds, despite their largesse, did not show an increased risk when neutered at various ages.

Benjamin Hart, distinguished professor emeritus at the UC Davis School of Veterinary Medicine states: “There is a huge disparity among different breeds…there is no “one size fits all” when it comes to health risks and the age at which a dog is neutered. Some breeds developed problems, others didn’t. Some may have developed joint disorders but not cancer or the other way around.”

NOTE: Diet and nutrition were not factors of this study’s assessment, yet certainly begs to be considered when studying the incidence of cancer in our companion animals.

This is a very personal and important decision for pet parents. It’s also important for pet owners to be prepared for behavioral issues that present when you delay spaying or neutering.

Male dogs tend to reach sexual maturity between the ages of five and twelve months old. During this timeframe, you should expect hormonally driven undesirable behaviors to unveil:

Due to these problematic behaviors, many doggie daycare and pet boarding facilities will deny entrance to an intact male past the age of 6 months. Boarding or hosting a female dog that isn’t spayed and likely to come into heat during boarding is a risk most commercial dog-friendly operators will also want to avoid.  For those pet owners who plan to travel without their pets during this “wait” period, its best to secure pet accommodations well in advance or delay travel until the deed is done.

Above photo: “Fozzie”, a beloved client provided by Jane, his devoted Mom