More Pawsitive News about Dogs in the Home 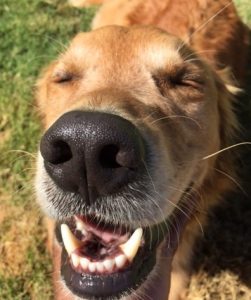 Following our recent blog about a new study of good “gut” bacteria between adult humans and dogs, Reuter’s Health now reports interesting findings from a study involving infants, allergies and their correlation with household pets.

From our point of view, the human-animal bond continues to outperform any expectation previously known or imagined…which is why we offer cage-free dog boarding in our homes or yours….the best job imaginable.

Back to the subject…

In “Furry pets enrich gut bacteria of infants at risk for allergies”, by Kathryn Doyle, 9/10/15, for Reuter’s Health*:

“In a small, preliminary study, infants in households with furry pets were found to share some of the animals’ gut bacteria – possibly explaining why early animal exposure may protect against some allergies.

The infants’ mothers had a history of allergy, so the babies were at increased risk too and it was once thought that pets might be a trigger for allergies in such children, the authors point out in the Journal of Allergy and Clinical Immunology.

Earlier it was thought that exposure to pets early in childhood was a risk factor for developing allergic disease,” said Dr. Merja Nermes of the University of Turku in Finland, who coauthored the research letter. “Later epidemiologic studies have given contradictory results and even suggested that early exposure to pets may be protective against allergies, though the mechanisms of this protective effect have remained elusive.”

NOTE:  The focus of this study was to measure the response in children’s immune systems relative to their exposure to pets in the home.

Subjects included pregnant women (with known allergies) and 51 infants (one month of age) who lived with dogs, cats or rabbits.  A separate subject group included 64 infants from pet-free homes.

Fecal samples (straight from the diaper) were tested for specific Bifidobacterium found in animal’s guts (B. thermophilum & B. pseudolongum)

33% of the infants who lived with pets had it, while only 14% of the non-pet-exposed infants measured the same bacteria.  NOTE:  origin of the bacteria in the latter group is unknown.  If they didn’t live with furry pals, where did they acquire the animal-specific bacteria?

At six months, the same infants were tested for reaction to various, common allergens.

19 infants had one or more reactions, yet none of those had B. thermophilum bacteria in their fecal samples.

It’s easy to understand the quick transfer of “gut flora” between pets and kids, with all the licking, drooling and touching that goes on between them.

Fundamentally, these positive results should encourage pregnant women, and their doctors, about having (and keeping) furry pets, as according to Dr. Nermes, “the development of allergic disease cannot be prevented by avoiding (them).”

Doolittle’s Doghouse offers loving, cage-free boarding in our homes, while also providing in-your-home pet care.  We also benefit by the human-animal bond and understand not only the responsibility but also the rewards we get from the pets in our care…it’s just our gut feeling!